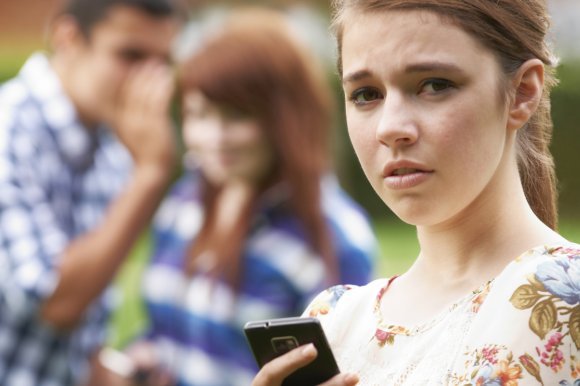 One of the things that easily convince parents that they need to install Highster Mobile phone spy app on their children’s phone is text bullying. Text bullying is a relatively new type of bullying wherein a person sends text messages to harass another person. This type of bullying has become very common among teens and younger kids since most of them are allowed to have their own mobile phones at a very young age.

Harassment is the kind of bullying where the bully sends text messages endlessly even after the victim begs him or her to stop. A common example of this bullying is when someone bombards another person with text messages after their breakup. The bully may feel that he or she needs to talk to his or her ex, and they do this by sending multiple text messages a day. This kind of behavior is often intolerable because most of the time, the text messages contain mean words and curses.

Another form of text bullying is unwanted sexting, or the sending of sexually provocative text messages, images, or videos. The bully in this case keeps sending perverse sexual text messages that the recipient does not approve of. This is one of the worst types of text bullying mainly because sexting can have a lot of negative effects on young people. If you suspect your child is being a victim of unwanted sexting, you may get proof using Highstermobile phone spy.

There are bullies who use text messages to say the words they use when bullying someone in person. These bullies are also likely to use racial slurs to torment their victims. This is another type of bullying that many young people find hard to overcome. Overweight kids, for example, may receive text messages from their classmates containing the words fat, ugly, pig, and others. As a result, children feel inferior and insecure of their appearance. The best way to collect evidence to prove this kind of bullying is to use Hyster Mobile for text message spying.

Is Your Child Being Bullied?

There are several ways you can detect text bullying. Typically, victims of text bullying feel so humiliated about the abuse, and so they refuse to let anyone know about it. But one thing is for sure, their behavior will show that they are being affected by bullying.

You might notice that your child seems scared to read text messages on their phones. You will also feel how fast their mood changes after reading their text messages. The best way to make sure your child isn’t being text bullied is by installing Highster Mobile spy app on his or her cell phone.